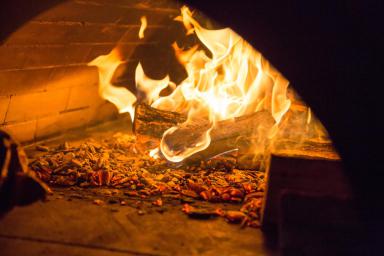 The History of Cookers – Ancient to Modern Age

The History of Cookers, where we began and where we are now

Here at North West Cooker Repairs, we may be your go to guys for your gas cooker repairs and gas cooker installations throughout Ashton and the North West, but we as many people love history and today we’ll be talking about where we started (as humans on a whole) with cooking through to where we’re at today!

Ancient people first began cooking on open fires. The cooking fires were placed on the ground and later simple masonry construction were used to hold the wood and/or food. Simple ovens were used by the ancient Greeks for making bread and other baked goods. By the middle ages, taller brick & mortar hearths, often with chimneys were being built. The food to be cooked was often placed in metal cauldrons that were hung above the fire. Open Fires literally span from between ancient eras through to the early middle ages. Humans have always eaten meats and some other foods warm and before ovens came about, it was just like eating around a campfire.

Inventors began making improvements to wood burning stoves primarily to contain the bothersome smoke that was being produced. Fire chambers were invented that contained the wood fire, and holes were built into the top of these chambers that cooking pots with flat bottoms could be placed directly upon replacing the cauldron. One masonary design of note, was the 1735 Castrol stove (aka stew stove) invented by French architect François Cuvilliés. It completely contained the fire, and had several opening covered by iron plates with holes.

Around the early 1700’s, cast iron ovens really began to be made in quantity. These first ovens of German design were called Five-plate or Jamb stoves. Around 1800, Count Rumford (aka Benjamin Thompson) invented a working iron kitchen stove called the Rumford stove that was designed for very large working kitchens, these would have been used in large buildings such as factories, army barracks and even high class homes including palaces and castles.

The Rumford had one fire source that could heat several cooking pots, the heating level for each pot could be regulated individually. However, the Rumford stove was too large from the average kitchen and inventors continued to improve their designs. As everyday people like you and me wouldn’t have been able to have these in their homes as they could take up enough space that 5 cookers from these days would take.

Jordan Mott invented the first practical coal oven in 1833. Mott’s oven was called the baseburner. The oven had a ventilation system to burn the coal efficiently and to keep the heat even so that parts of food wouldn’t be burnt whilst others were still lukewarm.

British inventor, James Sharp (another thing for us British to be proud of!) patented a gas oven in 1826, the first semi-successful gas oven to appear on the market. Gas ovens were found in most households by the 1920s with top burners and interior ovens. The evolution of gas stoves was delayed until gas lines that could furnish gas to households became common.

During the 1910s, gas stoves appeared with enamel coatings that made the stoves easier to clean. One important gas design of note was the AGA cooker invented in 1922 by Swedish Nobel prize winner Gustaf Dalén. Gas Ovens only really became a thing during the 1920’s, even though they were invented during 1820, this is mostly because the gas pipes which we all take for granted these days never existed back then, meaning only rich people who could afford their own gas could use these ovens.

It was not until the late 1920s and early 1930s that electric ovens began to compete with gas ovens, however, electric ovens were available as early as the 1890s. However, at that time, the technology and distribution of the electricity needed to power these early electric appliances still needed improvements and it was very expensive at that point in time to have an oven using up electricity, as not many homes had electricity and if they did, it would usually be the rich who owned them.

Some historians credit, Canadian Thomas Ahearn with inventing the first electric oven in 1882. Thomas Ahearn and his business partner Warren Y. Soper owned the Chaudiere Electric Light and Power Company of Ottawa. However, the Ahearn oven was only put into service in 1892, in the Windsor Hotel of Ottawa. The Carpenter Electric Heating Manufacturing Company invented an electric oven in 1891. An electric stove was exhibited at the Chicago World’s Fair in 1893. On June 30, 1896, William Hadaway was issued the first patent for an electric oven. Obviously back then the Internet wasn’t around, so the only way people could know about these brand new “almost alien” devices could be heard of would be word of mouth and without the technological advances that we have today, it took forever for people to even know about these existing.

If you found this article on the history of ovens interesting and you would like to see more informative articles like this one, then please keep checking our news page as we update it quite frequently. Alternative, if you’re here for Gas Cooker Repairs or even Gas Cooker Installations, then you’ve came to the right place, our engineers are Gas Safe registered and we’ll be able to repair any cooker you own. If you are interested in what we can do for you, or you would like any additional information from us, then please don’t hesitate to contact us today so that a member of our friendly team can get in touch with you as soon as they can! We hope to hear from you soon!

Do you own a gas cooker that you don’t want to get rid of for a specific reason? Or you know that the new gas cookers aren’t built like the old ones and you want your old one fixed up so that it’ll continue to make you happy for another good few years? Well you[…..]

“They don’t make them like they used to” We all say this at some point and many of us agree about this. Some even think that things are built to purposely break once the warranty has ended. Although if you believe that your old faithful cooker which you’ve had for years is still much more[…..]

The History of Cookers – Ancient to Modern Age

The History of Cookers, where we began and where we are now   Here at North West Cooker Repairs, we may be your go to guys for your gas cooker repairs and gas cooker installations throughout Ashton and the North West, but we as many people love history and today we’ll be talking about where[…..]

Here at North West Cooker Repairs we can help you diagnose your gas cookers problem, without bringing it into us (it can save you a lot of time!), in this article we’ll be talking about how to diagnose the fault when your Gas Oven doesn’t heat up. A specific type of problem occurs when the[…..]